With the 2016/2017 Junior Speedway Racing Association (JSRA) season in full swing, this weekend will be the biggest of the season so far, with a double header on Friday and Saturday nights.

On Friday, Round 2 of the JSRA Metropolitan Series will fire into action at the Perth Motorplex, as part of the Shannons Fast Racing Series, with a field of 18 Ellement Produce Junior Sedans entered for what should be a sensational night of racing.

Izak Davies headlines the field of Top Stars, after dominating the first round of this series. The ever consistent Jacob Potts will be looking to record his first victory of the season, as will Jackson Derrick, Ashley Baker, Blake Webb and Alex Swift. Jayke Malcolm will make his first visit to the venue for the season and will be hoping for some more luck than he has had so far this season.

In the New Stars, Bryden Southwell will look to continue his domination, however has Tia Wormall, Jade McKeagg, Jae Noonan and Geraldton’s Luke Malcolm also looking to steal the top step of the podium. 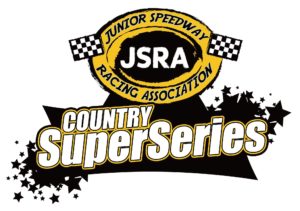 The JSRA will then travel to Albany’s Attwell Park Speedway on Saturday night, for Round 3 of the JSRA Country Super Series supported by Eyerite Signs. With two top quality fields entered in both the New and Top Star divisions, it promises to be another great night of Junior Sedan action

Eighteen Top Star Junior Sedans will look forward to returning to the Attwell Park venue on Saturday night, with Kalgoorlie’s Jacob Potts hoping to continue his consistent runs this season, as will Blake Webb, Seth Hinsey and Jackson Derrick.

The Fraser family will be in full force this weekend, with brothers Alex and Tyler Fraser making their first starts of the season, while cousin Bronty will look to continue her great start to the season in the Top Stars and will be hoping to end the night as top of the Fraser family.

Jake Avins will return to the series this weekend, with a newly rebuilt car after sustaining major damage in a rollover at Narrogin Speedway just three weeks ago. A huge congratulations must go to the Avins Racing team for such a quick turn around ahead of this weekend’s round of the series.

Be sure to keep an eye on Peter Katona, Rahni Musarra, Blake Fletcher, Chantelle Bate, Daniel Erceg, Jorj Park, Izak Davies who will make his country series debut and home town hero, Brooke Watson, all of whom will be looking for a successful night on the track.

A big thank you to the Watson Family from Eyerite Signs for supporting this round of the JSRA Country Super Series and the Albany Speedway for once again holding a round of the series.

Racing gets underway from 6pm, so be sure to make your way to Albany this weekend or head to Junior Speedway Racing Association – JSRA on Facebook and jsrawa.com for live results and all details on WA Junior Sedan Racing.