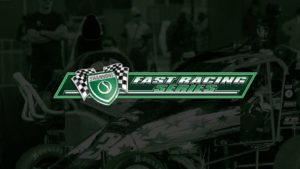 The event doubled as Round 3 of the JSRA Metropolitan Series and yet again saw some fantastic racing from the Junior Sedans. A quality field of 8 Top Star Juniors raced hard for positions throughout the three heat races, with Blake Webb proving too strong in all three. The fight behind him was very close with Stefani Ameduri, Jackson Derrick figuring prominently.

When it came to the feature race, Webb got away to a handy lead, however as the laps continued to wind down, Ameduri started to apply the pressure and soon took the lead of the race. Jackson Derrick continued to work his way through the field, as did Alex Swift who worked his way up to fourth position, fighting with Izak Davies.

When the checkered flag flew, Stefani Ameduri was first across the line ahead of Blake Webb and Jackson Derrick. Luckily for Webb, his three heat race victories earlier in the night was enough to give him top points on the night and Murray Herbert Christmas Cup.

In the New Star division, Bryden Southwell once again started the night in the best possible way, winning each of the heat races, which he then continued by winning the feature race. Tia Wormall followed behind in second and continues to gain valuable track time, with Jade McKeagg finishing third. Southwell scored the most possible points and walked away with the Murray Herbert Christmas Cup also.

A big thank you to the Perth Motorplex for their continued support of the JSRA and their valued sponsors Shannons and Ellement Produce for getting behind the Fast Racing Series and Junior Sedans throughout 2016/2017.

We would also like to wish everyone a very Merry Christmas and Happiest of New Years and look forward to a successful 2017.